Does hydrogen peroxide kill roaches? It depends on how strong the solution is. Typically, the stronger, the better. Pouring hydrogen peroxide on a roach will slowly dissolve the flexible hinges between the hard plates of the cockroach exoskeleton, but has no other discernable effect. So, although it will run, it basically rips its body apart.

Diatomaceous Earth does similar thing to roaches. It is basically a powder with sharp edges (if you check under a microscope). The Sharp edges get into Joints (soft areas) of insects with exoskeletons, and it generally cuts them up as they move. It’s safe as far as you don’t breathe in the powder.

How to use Hydrogen Peroxide to Control Cockroaches

We recommend using 3% hydrogen peroxide, found in drugstores, mixed with an equal amount of water to create a garden-safe insecticidal spray. If that doesn’t work on the bugs, you can increase the percentage.

Things You Will Need

Yeah, hydrogen Peroxide can get rid of bugs. To get rid of bugs, simply mix one part of hydrogen peroxide with two water and spray the stems and foilage of plants each day for one week.

Warning: Never soak the soil around outdoor plants, as the hydrogen peroxide solution can harm eartheorm and other beneficial bacteria and bugs. 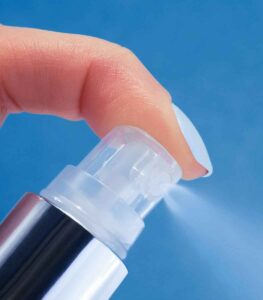 Are Roaches attracted to Hydrogen Peroxide?

Cockroaches are not attrated to Hydrogen Peroxide. Naturally, they love damp, dark and warm areas.

Does Peroxide keep Mosquitoes Away?

A mixture of 1/3 hydrogen peroxide and 2/3 water spray will help deter mosquito.

Can You Spray Plants with Hydrogen Peroxide?

Hydrogen peroxide is safe for plants because it encourages additonal oxygen molecule. That provides greens with extra dose of oxygen. To administer, simply mix 3% solution, add 1 teaspoon (5 mL.) per cup (240 mL.) of water in a spray bottle and mist the plant.