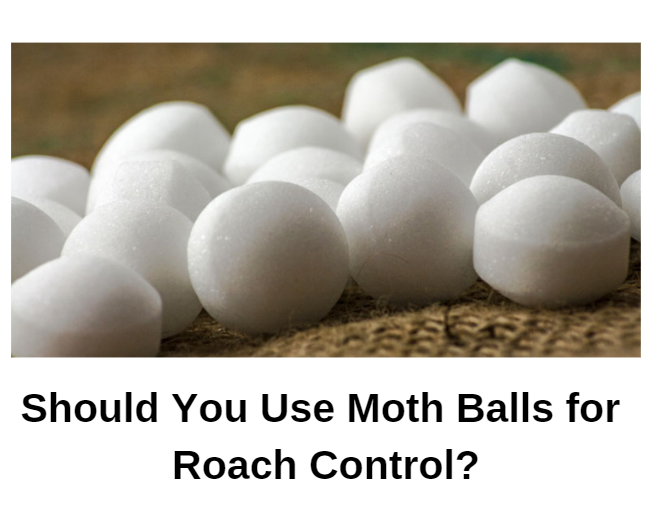 Mothball is a versatile product that homeowners have used to keep some pests away. Many people swear by it. In fact, it’s a suggestion when you complain of pest infestation. But the question is, does mothballs get rid of roaches?

Mothballs come mostly in white color, although some manufacturers colorize them.

In its original use, mothball is stored in an airtight, preferably a plastic bag with clothes or other materials to prevent cloth moth or some other pests from damaging the cloths.

Although mothballs were made primarily for cloth moth, it has some effects against roaches.

Does Mothball Get Rid of Roaches?

Cockroaches were not the primary target of mothballs. But over the years many people have been using mothballs against roaches.

The actions of mothball against roaches comes from anecdotal sources. They’re not scientific studies.

However, mothball repels them. The smell of the naphthalene keeps them away. They’d not be able to start a colony wherever there are mothballs.

ALSO SEE: How to Get Rid of Flying Roaches Inside

How to Use Mothballs Against Roaches?

Only keep mothballs in tight areas to repel roaches away from the place.

Mothballs can be toxic to humans. It can lose the smell if it’s in a place with low temperature. It can also vaporize if the temperature is hot enough.

The vaporized gas, in this case, naphthalene can be very toxic when ingested. It’s also a carcinogen.

Mothballs can be effective against roaches. However, it’s better you stick to mothballs as a deterrent against moths instead of roaches. Does mothball get rid of roaches? It can. But the risks and tradeoff associated with it isn’t worth it. You should probably get an effective insecticide.